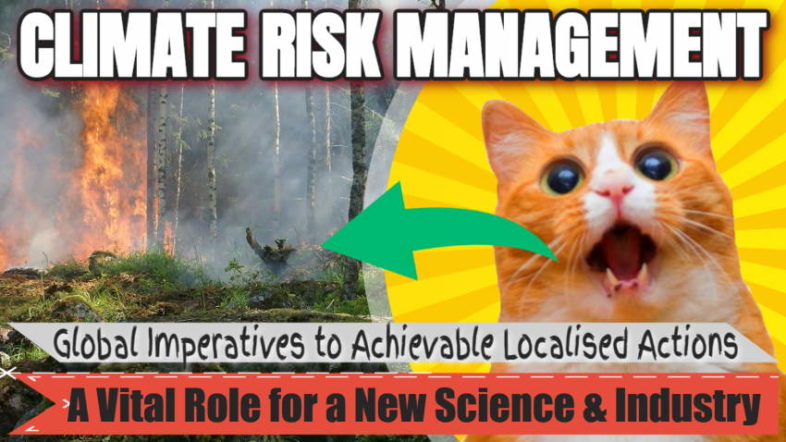 Here we are with our first article in Climate Risk Management Science – the science of managing climate risk. This is a new website for a new science, and we are excited to have this new platform to write about the subject as the discipline grows, develops and matures.

We start our blog by providing our general overview of the Climate Risk Management scene as we see it.

Climate Risk Management Science Our Views on a New Science

At first glance it’s hard to imagine how the proliferation of human activity upon the environment has been a major factor in climate change given that climate change alone is nothing new. Over two million years the earth’s history has seen enormous changes. Indeed, in the last ten thousand years the warming and cooling of the earth has been on a larger scale that what we see today.

The climate is however very changeable these days. Getting the politics right has been half the fight. Unfortunately, the right policy has been held at bay partially by having the right knowledge of what’s happening to the climate.

The climate changes we see today are the result of only a century and a half of study, peanuts in comparison the huge shifts over the earths history. we have learnt a lot, but there must be so much more mankind must learn in order to survive.

Much time has passed since 1992 United Nations Framework Convention on Climate Change (UNFCCC). The recent UN Climate Change Conferences have sought to put in place a policy to take over the Kyoto protocol.

At its core were some recently publicised results:

1. The warming trend on the earth’s surface has been taking place since the early part of the twentieth century. The last ten years have been the warmest of that millennium.

2. There have been rapid signs of melting the Arctic circle. The sea ice there has fallen by around eight percent over thirty years.

3. The old inconsistency in the data between the temperature rise in the atmosphere and on the planets surface seems to have levelled out. They appear to rise in parallel.

4. The Scripps Institute of Oceanography in California noted that the ocean has been warming at different depths for over 65 years. These results match the predictions that warming has been induced more by greenhouse gases that as a result of small changes in the suns heat output.

5. There has been an observed and recorded link between the sea surface temperature and the frequency and intensity of tropical storms, typhoons and hurricanes.

6. The existing computer models of the change in ocean currents, in particular in the North Atlantic, are correct.

There are however still many unknowns. 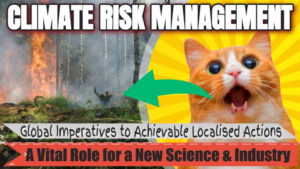 For example the solar hypothesis is now known to be a lesser contributor, the miniscule changes in the suns heat output over its eleven year sunspot cycle is adding to the mix.

Also, the aerosol emissions from sulphurous fuel promote the formation of clouds, and as a consequence the sunlight reflected from the earths surface increases, effectively opposing the greenhouse gas effect.

Some even continue to argue for the benefits of global warming, which include for example the opening up of new shipping lanes in the arctic as the ice recedes, new oil drilling opportunities and longer harvest periods in Canada and Russia.

It seems climate change is inevitable and the small economic ideas such as banning coal resources development whilst worthwhile will bear little fruit as a means of curbing the problem.

More than ever, political will must be demonstrated at first to show to industry and populations that it is even an issue. More importantly perhaps, the will of the politicians must be met with achievable methods from the technological and scientific community.

Professor Socolow is leading the way with what he calls “stabilisation wedges”. On a graph of climate change, the space between the trend line and the stability line is known as the “stabilisation triangle”. By dividing these triangles into wedges and assigning realistic goals to each wedge the massive problem is given a usable and effective solution.

The goals to assign to the wedges and assign realistic goals range from greater overall efficiencies, the decarbonisation of electricity, fuel displacement by low carbon electricity, methane management, and natural carbon sinks.

By further subdividing each wedge into sub wedges, such as decarbonised electricity being subdivided into nuclear power, renewable energy, natural gas as an alternative to coal, and the storage of carbon dioxide

These problems need urgent distilling into actions and in this Climate Risk Management Science has a vital role to play.

Only by applying Climate Risk Management based upon good science can climate action become into what everyone has been looking for.

A short list of solutions that together will balance the problem.

It seems the technology for all this exists. It is merely in need of refinement.

For example the management of carbon dioxide from the burning of fossil fuels could be dealt with through further carbon sequestration.

A couple of power plants already employ this particular technique to good effect. The carbon dioxide is extracted at the source and is injected into porous rocks deep underground to prevent it escaping into the atmosphere.

But, this is only one form that sequestration will take. The most obvious is reforestation on a massive scale, and the use of carbon char is an idea with huge potential which has hardly yet been considered.

There an many sources from which carbon char can be produced, but one which has a lot of potential is the production of char from the fibrous output (digestate) from biogas plants. When added to agricultural soils it acts as a soil improver mostly due to its ability to hod water, with the added benefit that crops are more drought tolerant and less irrigation is required.

Of all the possibilities of reworking and inventing climate risk mitigation technologies, perhaps the best idea in the short term is the oldest idea. Replanting programmes. The idea of photosynthesis to combine carbon dioxide with water and sunlight is a relatively cheap and exponential idea and would be hugely effective.

As often seems the case, less developed countries are set to receive the bulk of the impact when it comes to the impact of climate change. Third world populations tend to be located in regions where the rise in predicted temperatures will be higher than the average.

By definition, climate modification impacts the globe as a whole. That being said, is it possible to predict specific results in certain regions of the world?

While there is no definitive answer, the impact on third world countries in Asia and Africa has been the subject of much discussion. Let’s take a look.

Africa is considered a third world continent because a vast majority of the African countries have underdeveloped economies and low living standards.

Unfortunately, Africa is one of the most heavily impacted areas when it comes to climate modification.

More than half the people in Africa live in rural areas with agricultural economies. These communities rely heavily on naturally occurring rain resources, and the infrastructure for irrigation is minimal.

This, of course, results in the famines which are developing in Africa at the start of 2020.

Climate change is predicted to devastate Africa because it is believed the greenhouse effect will reduce the amount of rain received on the continent. As the Sahara Desert expands, less land will be available for farming and the problem will grow worse.

Weakened Health of the Population

Malnutrition in many famines will lead to weak immune systems and disease will continue to be prevalent. If the predictions are accurate, much of Africa will see a higher than average temperature rise and may become a living nightmare.

Climate modification could devastate Asia as well. You might be surprised to learn that over 60 percent of the human population lives in greater Asia. This mass of humanity has stretched agricultural and health resources to the maximum.

To top it all, many large population centers are located right on the coastline in flat areas only a few feet above sea level.

If climate modification trends continue, we will be saying goodbye to large chunks of Asia.

Cities such as Jakarta, Tokyo and Bangkok sit at sea level. If the melting polar caps result in a three foot rise in sea levels as predicted, vast tracts of these cities will be permanently underwater.

Countries such as Vietnam, Indonesia and Bangladesh are expected to lose 37,000 square miles of coastline under a similar situation.

Is there any good news when discussing the impacts of climate change?

Yes. Businesses are beginning to come to the realisation that profitability can only be achieved in the long term through stability. For stability to be even possible, they will see the imperative to become sustainable businesses not only by ensuring their own activities are viable into the future, but also to survive economically.

The first step is to put sensible regulations in place that reduce greenhouse gases. Second, proactive planning must be undertaken to account for these potential effects, including in the third world.

In all this Climate Risk Management is needed, so step up to the limelight CRM is THE new science of today! 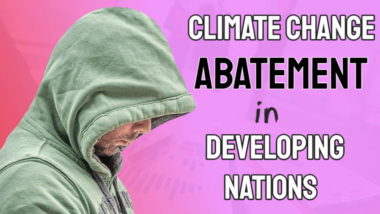