Climate Change Abatement In Developing Nations will requires skilled diplomacy, and a genuine appreciation of public sentiment in the affected nations. The west cannot blunder on with their own agenda for reducing the effects of and expect results from them.

The level of debate urgently need to be raised and companies which should know better in the developed nations must stop peddling half-truths and greenwash. 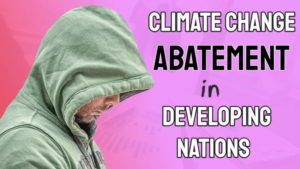 Given the recent spate of advertising by Britain’s leading supplier of natural gas, one might be forgiven for believing that natural gas was a “green” product.

Make no mistake, natural gas is a fossil fuel.

Its burning flame is blue a colouring added apparently so users can recognize it when it’s turned on.

It emits carbon dioxide into the atmosphere which contributes to global warming and thus to climate change.

But such is the influence of the existing fossil fuel dependent energy lobby that developed nations run the risk of believing that just:

will be enough to solve the problem in the west. This is whilst emerging industrialised nations nations continue to pollute at ever more alarming rate.

The West is Historically the Biggest Offender

Although historically, the truth is that the west has been responsible for creating most of the pollution, risking devastating consequences for the whole of the world; only new developing countries are beginning to follow suit.

Some believe that unless we over-promote the actions we are taking to reduce emissions, others will simply fail to do enough in order to have the desired effect.

Others prefer to be totally open and up-front with its customers.

Change Must Come and Soon!

Yes, there is concrete a general acceptance that continuing to use fossil fuels in the way we have done is not an option.

However, standards of supply conditions don’t change overnight, and for the foreseeable future, we will be dependent on fossil fuels to power businesses and households.

In order to minimize the effects of such a reality, it is necessary to apply Climate Change Abatement by cutting down on wastage and becoming far more energy efficient.

Don’t Do as we are Doing Won’t Wash!

This is the number one message that must be passed onto developing nations for the world to avoid witnessing a repetition of past events.

It is grossly unfair to attempt to deny the developing world the opportunities that the west takes for granted just because it simply got there first.

For example, millions of Indian commuters are ecstatic about the prospect of being able to drive the simplest of cars which will shortly become available at an affordable price from multinational giant, Tata. These vehicles are providing additional safety and comfort for the millions who have until now depended on no more than a basic moped to travel to work and carry their children about.

It simply won’t wash with them to say don’t develop! It is therefore much better to advise them in very many ways on how to use these new vehicles most economically to avoid wastage and promote the conservation of fuel.

Developed Nations Must Lead by Example

At the same time lead by example and convert the developed nation’s vehicles to a sustainable fuel source. Renewable fuel sources such as the conversion of waste plastics to diesel and a process known as anaerobic digestion hold great promise in this.

Given the reputation of the US as the world’s heaviest producers of carbon dioxide (greenhouse gas) and who still have no qualms about promoting coal as its number one source of fuel.

It is essential for such a dominant force puts its own act together, to tread carefully in persuading the developing nations that they too must do their bit to help save the planet.

Unfortunately, this appears to be highly unlikely given President Trumps antipathy to all things green and sustainable.

A recent climate conference held in highlighted some of these problems being encountered between developed and developing nations.

During the conference, German Environment Minister Sigmar Gabriel emphasized the need to accelerate the marketing and spread of climate-friendly technologies and that the UN Climate conference in Bali this December as would provide an ideal forum for talks on a new climate agreement post-2012 when the Kyoto arrangement expires.

Other than the difficult task of finding common ground of over 200 nations involved, Gabriel proposes the agreement includes:

a long-term goal, ambitious and obligatory commitments from the industrialized world and fair contributions from the larger developing nations.

But some believe that German Chancellor Angela Merkel may have thrown them a lifeline by suggesting that a per-capita emissions quota be considered when it comes to fair burden sharing between developed and developing countries in the future.

If this approach was universally adopted, it could allow representatives of the industrialized world to finally realise that getting agreements from developing nations on climate change will require far more of the same diplomacy? 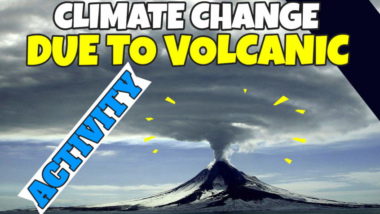 Climate Changes Due To Global Warming and Volcanic Activity 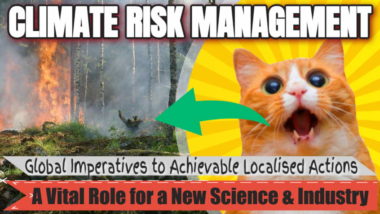