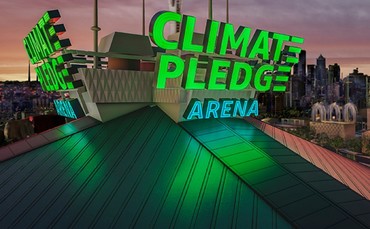 Net-Zero Targets are being set by global corporate companies in the Net Zero drive the world is embarking upon, it ‘Resembles Wild West’, says BNEF Warns. The lack of any standardisation or regulation for setting net-zero targets risks undermining credibility and legitimacy of corporate climate action, influential analyst firm warns.

The concern is that this situation leaves the whole area open to “sleight of hand” and “greenwashing”.

Many of the world’s largest companies are now racing to set net zero emission goals, but the varying quality of these targets and a lack of regulation or standardisation means the current landscape for decarbonisation programmes “resembles the Wild West”, Bloomberg NEF has warned. 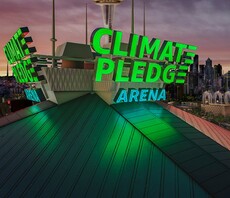 The influential analyst firm looked at 30 major corporates that have announced net-zero target goals across the utility, fossil fuel, technology, and materials sectors, but found huge variation in the level and scope of ambition, concluding that “no two net zero targets are the same”.

is pushing more companies to ramp up their climate targets towards net zero and beyond. A recent analysis suggested that over 1,500 companies globally have net zero targets in place, while a host of national and regional governments around the world have set similar goals.

But differing and overlapping terminology and meanings – including ‘net zero’, ‘carbon neutral’, ‘climate positive’, and ‘zero carbon’ – has led to confusion among investors and consumers, leaving the net zero movement “open to sleight of hand and greenwashing”, the BNEF report warns.

Much of the problem lies in the lack of regulation over net zero or carbon neutral goals, BNEF said, arguing standards – some of which are now under development – will therefore be crucial to bolster trust in corporate climate targets.

It highlights the Science-Based Targets initiative, which over 1,000 companies are now working with to set independently approved decarbonisation goals that are in line with the warming trajectories required under the Paris Agreement, as the most credible approach corporates can currently take, noting that the SBTi is currently working on a framework for setting net zero goals.

Other corporate efforts, such as Amazon’s Climate Pledge, which calls on signatories to aim for net zero emissions by 2040, have helped to galvanise action but as yet offer little guidance on reaching the goal, according to the report.

BNEF also warns that even when companies announce net zero targets they may not necessarily be aligned with the Paris Agreement, as a firm’s total emissions between now and the target date may still exceed 1.5C or 2C boundaries.

In addition, it highlights how short and medium term SBTs do not of themselves bring companies to net zero, as SBT goals are intended as an interim step in a wider, long-term decarbonisation journey.

A growing number of corporates are setting both interim SBTs and long term net zero targets, while also working with the SBTi to upgrade previous goals to bring them into line with a more ambitious 1.5C warming trajectory.

But BNEF stressed that more companies with science-aligned goals would need to look beyond their interim targets if they are deliver net zero emissions, adding that certification and standards will be needed to combat ‘greenwashing’ and secure credible, ambitious decarbonisation across the private sector.

“If standardised properly, net zero targets will become expected for corporations,” the report states. “Their targets may strengthen over time, but first-mover oil and gas majors, utilities, technology giants and materials companies deserve credit for setting early targets and paving the way for others.”

Tech giants were generally found to have the most ambitious climate goals, according to the report, with Microsoft aiming to be ‘carbon negative’ within the next 10 years, and Google seeking to power its entire operations with clean energy in the same timeframe. With Amazon, Apple, and Facebook all having set goals to become carbon neutral across their entire value chain, tech firms have become “de-facto leaders when it comes to ambitious net zero targets”, BNEF said.

Elsewhere, BNEF found that European companies are leading efforts by the oil and gas sector to set net zero goals of some sort, putting them on the hook to reduce their annual emissions by 265 million metric tonnes altogether – a similar amount to Spain’s.

But, as with energy utilities, it found many of these goals tended to focus only on operational Scope 1 and 2 emissions, while missing out CO2 from products sold, with firms primarily focusing on reducing methane flaring and investing in renewables.

BP is among the European oil majors to set a 2050 net zero goal, focused on its operations and production, while Shell has done the same, alongside setting emissions reduction goals for its Scope 3 emissions.

But BNEF found the most ambitious oil sector climate targets had been set by Equinor – the only such firm pledging to eliminate Scope 3 emissions by 2050 – although Spain’s Repsol is also aiming for net zero from the oil it produces, and Total in France has pledged net zero for Scopes 1, 2 and 3 in Europe.

In order to hit net zero emissions, however, utilities and oil and gas firms will also need to invest in carbon capture technologies and sequestration, including through the growing market for natural climate solutions such as forestry and peatland restoration projects, BNEF said.

But it estimates that, of the currently commissioned voluntary carbon credit capacity – totalling 359 million tonnes of CO2 – just 41 per cent (149MtCO2e) would be seen as acceptable in a company’s quest to achieve net-zero targets.

Initiatives such as SBTi would not accept 59 per cent of the currently commissioned capacity for carbon credits, as these are offsets rather than projects that actually deliver carbon removals, highlighting the need for greater capacity from credible projects, BNEF said.

“Carbon credits will play an essential, but controversial, role in hitting net zero,” the report states. “Initiatives will generally only accept credits that remove or sequester carbon. Credits that come from offsetting, such as energy generation and clean cookstoves, won’t make the cut.”

Despite concerns about some net zero targets, the report concludes that an avalanche of corporate net zero pledges can be expected in the coming years, especially in countries governed by national net zero goals.

“If net-zero ambitions are supported at the government level, the dominos will fall into place for companies to set targets of their own,”

“Many companies have held back on making sustainability commitments, waiting for governments to move first.”

The report comes in the same week as a letter from some of the world’s leading scientists and campaigners called on governments and businesses to look beyond achieving net zero emissions and aspire to deliver the “restoration of the climate”.

The former archbishop of Canterbury Rowan Williams, and the leading climate scientist Michael Mann, are among a group of prominent environmentalists to write in a letter to The Guardian today that world leaders need to both deliver deep cuts in emissions and remove “huge amounts of greenhouse gases from the atmosphere”.

“The climate crisis is here now,”

“necessary prerequisite for any attempt at restoration”

“not an excuse to reduce ambition on cutting emissions, because we don’t have the capacity to remove future emissions as well”.

“Restoration is not about promoting one specific removal technique, but supporting the basic aim of trying to restore the climate,”

“To restore the climate and have a safe future, we need to maximise mitigation, adaptation and removals.” 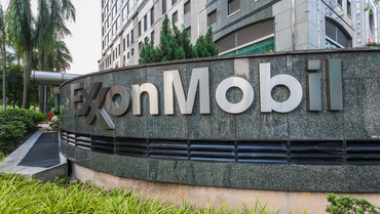 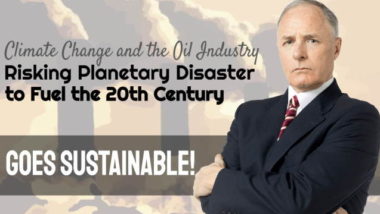