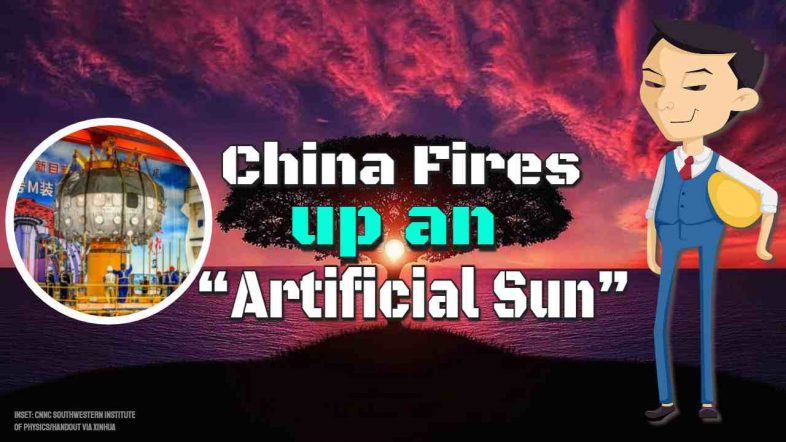 China Fires Up An “Artificial Sun” – Will Fusion Power be a New Climate Risk Factor?

China has successfully powered an artificial sun to 120 million degrees Celsius. This is merely another milestone in their nuclear fusion journey. But, it could herald an abundant renewable energy future.

That’s why we see the progress made as China fires up its first “Artificial Sun” as an interesting new climate management risk factor.

If this occurred by 2050, it might be an important contributor to decarbonization, especially for China’s ability to comply with the net-zero carbon emissions reduction targets.

China isn’t the only country making strides in fusion energy.

The Korea Superconducting Tokamak Advanced Research (KSTAR), often known as the Korean artificial sun, broke a new world record. It was the first to achieve a 20-second operation of the reactor at 100 million degrees in its 2020 experiment.

Last year, China was one step ahead of the rest of the world in terms of technological advancements.

It succeeded in setting a new record that is in a league of its own.

Indeed, China’s artificial sun had set a new world record at the moment, achieving a plasma temperature of 120 million degrees Celsius for 101 seconds.

Now they have moved to even higher temperatures.

In the early morning of May 28, 2021, researchers performed this while working at the control centre of the Experimental Advanced Superconducting Tokamak (EAST).

How does the ‘Artificial Sun’ EAST work?

What is the mechanism behind the ‘artificial sun’ developed in the east?

It mimics the process of nuclear fusion that occurs in the sun and stars. To achieve nuclear fusion, enormous heat and pressure are delivered to hydrogen atoms, causing them to fuse together.

This is an important step toward putting a fusion reactor to the test.

China switched on its nuclear fusion reactor, called an “Artificial Sun,” on December 4, 2020, taking steps toward developing a clean and efficient energy source.

Chengdu, Sichuan Province, is home to the hl-2m Tokamak.

Nuclear fusion and nuclear fission are chemical events that occur within an atom’s nucleus. These reactions produce a great deal of energy.

The atoms are changed in both processes, and the final products are radically different from the reactants.

Nuclear fusion, on the other hand, is seen in stars like the sun, where nuclear fission events are not as common.

The way the hydrogen bomb operates is by nuclear fission.

“The H-bomb is essentially a mixture of fission and fusion,”

Experts suggest that a large quantity of energy is released in both circumstances, which causes the explosion.

The first component of the H-bomb explosion is a fission reaction, which raises the pressure and temperature to a level where fusion can take over.

Our sun is powered by fusion, which is considered the holy grail of energy.

It creates tremendous amounts of energy by combining atomic nuclei.

This is the polar opposite of the fission process, which breaks atoms in the first nuclear weapons and power plants into sub-atomic fragments. 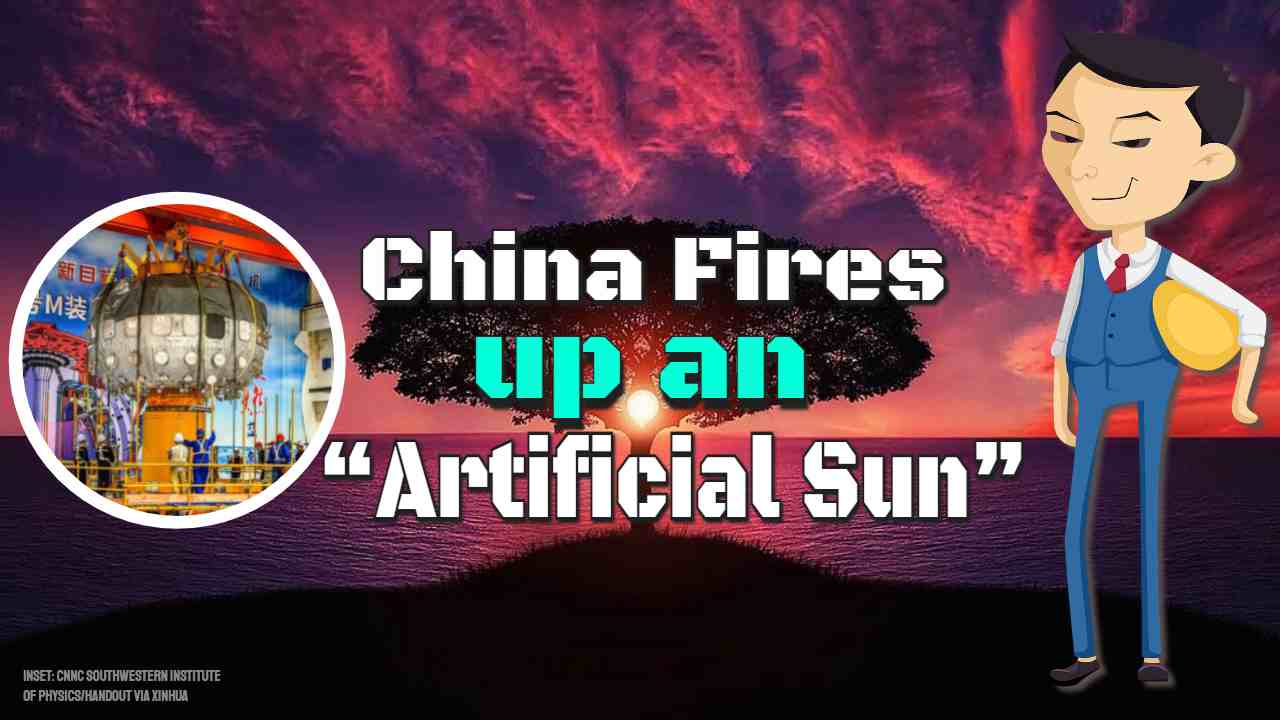 The current stage on China’s fusion-generated electricity roadmap is the construction of a test reactor in 2021.

The China Fusion Engineering Test Reactor is its name (CFETR).

They expect to start building commercial facilities by 2050, once the technology has been verified.

Despite the significant hurdles that have stymied progress in the west for the past 70 years, the Chinese government is making good progress on the CFETR.

How to use enormous magnetic fields to contain such tremendously hot gas and plasma has been a big challenge that has gone unanswered until now.

With a 10 MW electric power input, it reached 100 million degrees Celsius for 10 seconds in November 2018.

EAST generated a completely non-inductive, current-driven, steady-state plasma for over 100 seconds in July 2020.

This was hailed as an achievement with important implications for China’s future fusion engineering test reactor (CFETR).

According to the official media, China’s “artificial sun” nuclear fusion reactor was successfully powered up for the first time on Friday, May 28, 2021.

This is a significant step forward in the country’s nuclear research capability.

The technology might potentially unlock a powerful renewable energy source, according to scientists.

The reactor, which is located in Southwestern Sichuan Province and was finished late last year, is sometimes referred to as an “artificial sun.”

The term originates from the massive amount of heat and power it will be able to generate and use to power China’s electricity grid.

The future is fusion!An Artificial Sun!

Fusion energy is not a panacea that will render other environmentally friendly technologies obsolete.

In the future energy mix, solar, wind, geothermal, hydropower, sun heat, fission, and hydrogen will all play a role.

The goal, according to the researchers, is to validate blanket methods known as “Tritium Breeding.”

These will be the foundation for Tritium self-sufficiency, ensuring that tritium will be available for all of a large-scale fusion power plant’s future needs.

According to the SWIP, the first batch of tbs components will be delivered to the ITER in 2029.

The successful launch of the HCCB-TBS project, according to Luo Delong, chief of the China International Nuclear Fusion Energy Program execution centre, will lay a firm foundation.

Did you know that life on Earth as we know it would be impossible without the processes of nuclear fission and fusion?

Yes, these processes have played a crucial role in the evolution of our universe.

They are now poised to play an equal part in our collective future.

In China, the majority of nuclear power facilities are built along the coast and use seawater for cooling in a direct once-through cycle. To date, all of the plants have been fission-based.

According to the New York Times, China is now locating many of its nuclear power stations near major cities. There is the worry that in the case of an accident, tens of millions of people might be exposed to radiation.

What this Means for Radioactive Contamination Risk

The fuel assemblies in a reactor core can melt if the heat from the reaction is not evacuated quickly enough.

Although this is not a climate change risk it is a significant risk to civilization in large areas of the globe close to nuclear power plants.

Nuclear power stations developed in the late 1960s, and even to his day, had system designs that generated concerns about operational safety.

A serious fission reactor accident can run away out of control. When this happens it may release huge quantities of radioactive elements. These get into the atmosphere and environment and can make vast tracts of land uninhabitable for many hundreds of years.

This occurred at the Chernobyl Nuclear Power Plant in Ukraine.

However, the beauty of the new fusion reactors is that they can’t do that. In the event of a failure of a nuclear fusion plant, there is no possibility of the reactor becoming uncontrollable.

The system will be fail-safe. When reactor systems fail, the hot plasma torus is lost and the nuclear plant cools down naturally.

The reactor will cease to produce power and cool down very rapidly in the event of any part malfunctioning.

Artificial Sun – What this Means for Climate Change Risk

Nuclear fission and fusion is a type of energy. The energy that can be produced is an alternative to the commonly used fossil fuels.

Nuclear fusion power plants will be harnessed and utilized by industrial facilities and homes.

The reason why many governments including the UK have persisted in developing nuclear fission. This they do despite the risks.

The attraction of nuclear reactors is the sheer scale and reliability of the power these plants can deliver. The consequences of failure and radiation leaks are enormous, but so are the gains when nuclear is done right.

So, abundant fusion power really would go a long way to help fight climate change. And, it could be a major tool to help avert runaway global warming. 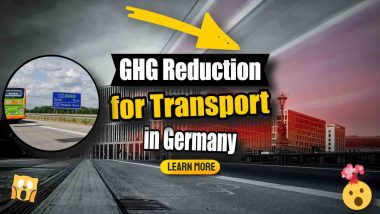